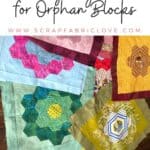 This tutorial is all about how to easily make a cushion cover from an orphan block.

What is an orphan block you might ask? Read on! 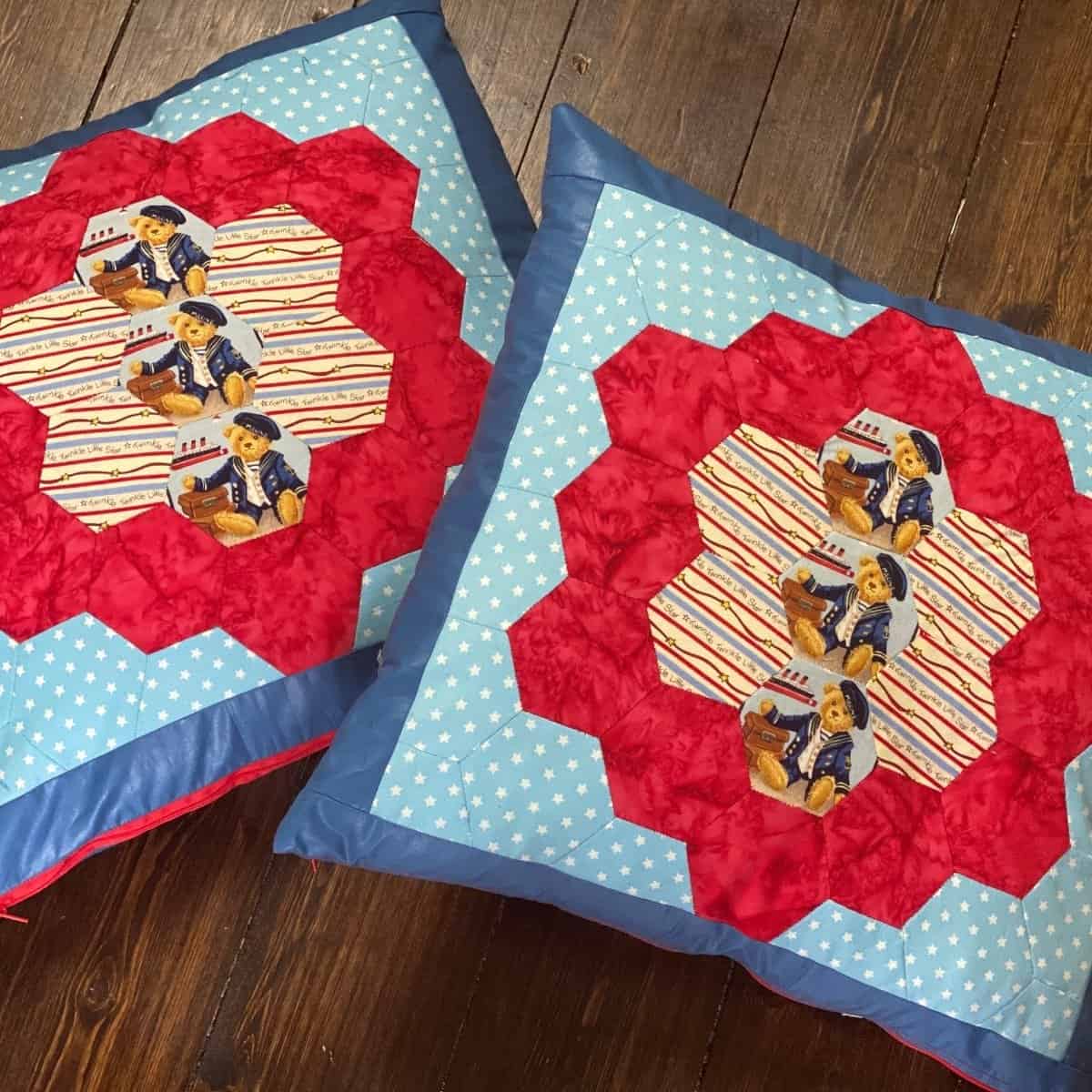 If you’ve followed me for any length of time you probably know that I have a thing for buying fabric remnants, scrap fabric bundles and other people’s old jeans on eBay.

This post first appeared on our sister blog Upcycle My Stuff.

When a quilt block is sewn together (called piecing a block) but it doesn’t make it into an actual quilt it gets called an ‘orphan block’.

Most quilters have at least a few of these lying around.

This is often because quilters make test blocks for patterns to see if they like fabric combinations or test a technique.

But you can also end up with UFOs (Unfinished Objects) – another bit of quilting slang that just means a project you didn’t finish.

The patchwork blocks I bought recently where from a lady who sadly has alzheimers and can’t continue on with her project.

There was a huge stack of blocks all made up of hexagons that she sewed together using english paper piecing.

Some of the blocks are similar colours and so I’ve decided to make them into a few charity quilts but there were two blocks – blue and red ones with teddy bears on them – that didn’t quite fit with any of the others.

So I decided to make them into cushions for my sons.

Below is a video tutorial that you can watch and if you scroll further down you will also find the printable instructions.

Video Tutorial: How to Make a Cushion Cover from an Orphan Block

As most of you know I’m a self-taught/you tube taught sewer.

I have really tried to follow the instructions I have seen for sewing straight zippers but they never quite resulted in a straight line for me!

So I came up with two methods for sewing my zippers that involve lining my foot up against different parts of my project depending on how far or near the zipper teeth I want to stitch.

I used one method each for the two cushions I made so I could show you the difference.

You’ll see all the details in the video above.

Denim Remnants for the Cushion Back

I used strips of denim fabric remnants that I also bought on eBay for the back. The stars were already on the fabric!

I pieced the strips together until they were the size I needed for my cushion back.